It’s hard to overstate how sure I was just a few short years ago that I would never date another man again. At the age of 21, I had thrown myself into radical feminist literature in an attempt to explain the world around me. Dworkin, Jeffreys, and Graham all offered me explanations I couldn’t deny: men were clearly the problem. Women only loved them out of duty. It was a survival mechanism more than anything.

After reading the feminist classic, Love Thy Enemy, which discusses the merits of political lesbianism, I was sold.

I had seen way too many abusive relationships, including some of my own, and watched my mother suffer for years because of what men had done to her. I tried to imagine what a healthy relationship with a man could possibly look like but, to me, it was an oxymoron. There was no such thing.

My relationships with women were much better, anyway. As a bisexual radical feminist — why would I not choose to eschew relationships with men? Unlike straight women who had to choose celibacy to get men out of their lives, I actually had another viable option: the entire other half of the population. I couldn’t imagine a world in which I would possibly date another man again.

Then, I met Alex.

Alex was just my type, and I was instantly drawn to him.

He was smart, funny, and cute. He cared about the same things I did, was an activist, and wasn’t afraid to put himself on the line for what he believed in.

When my friend approached me to ask for my blessing to ask Alex out, I was surprised. “It just seems like you two might have a thing?” she asked.

I instantly regretted it.

Yet, pretty soon, Alex and I found our way to each other anyway.

It took me a while to figure out what to do with myself as a radical feminist suddenly in a relationship with a man, again. Every other relationship I had ever had with a man was marred by abuse, sexual power games, cheating and manipulation, and sometimes rape. I set my boundaries early with Alex.

“I will always walk away from a conversation if you start yelling.”

“I’m not okay with those things in bed.”

Some boundaries grew over time.

When I stopped shaving my legs and underarms he supported me, and when I start to feel insecure about that decision he kisses my hairy legs from top to bottom to tell me how much he loves them.

He respects my sexual needs, even when they don’t line up with his. For the first time, I don’t feel sexually degraded by a man every time we have sex. I feel loved, rather than dirty.

He’s willing to learn, grow, and change his mind with me as we get older and experience new things. I’m not afraid anymore to tell him that I have changed my mind on something. His love is not conditional on agreeing with him.

He takes my ideas and concerns seriously. He helps me through the hard times rather than creating them. He allows me to be myself, even when that means pulling away. Inevitably, I am pulled back by his unwavering loyalty and faith and us.

I eventually realized that these behaviors are not exceptional inherently — they should be present from both parties in all relationships — they are exceptional in men.

Of course, our relationship, which exists within patriarchy, is still rife with gendered expectations and pitfalls. It took two years, for example, for him to learn how to answer a technical question from me without launching into a mansplaining diatribe about something irrelevant to my actual question.

The point is not that our relationship is perfect — the point is that Alex is willing to learn how to be a better feminist ally, and tries every day to do so.

I used to think “partner” was a stupid term for your significant other. “What am I, a cowboy?” I thought, “Where’s the romance in that?”

Maybe I had only had bad examples of heterosexual relationships to look to. Although my dad wasn’t abusive towards my mom, he was hardly there for her. He ignored her needs because he preferred to imagine a white-picket-fence version of our family that didn’t really exist.

Maybe it makes me a bad radical feminist — some certainly say so — but I think developing a loving partnership with a man actually made me a better feminist.

I no longer see men as unshakable brutes who are slaves to their hormones and conditioning. I realize, now, that men can be better allies for women. Most of what men say they can’t do is simple unwillingness to learn. My relationship has proven to me that we shouldn’t let men off the hook for their behavior towards women by saying, “That’s just how men are. If you don’t like it, don’t date them.” If a man truly wants to be an ally to the women in his life, he will be. It’s not unreasonable to hold men to that standard.

While it may be a life of constant contradiction, three and a half years into our relationship and my doubts about dating a man are far behind me. Yet, my belief in creating a feminist world together has never been stronger. 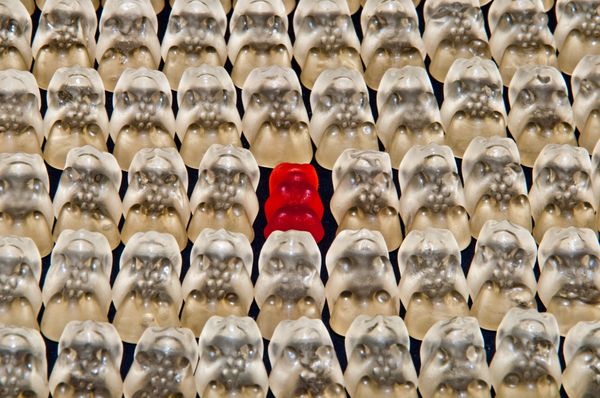 When mental illness and a female body collide 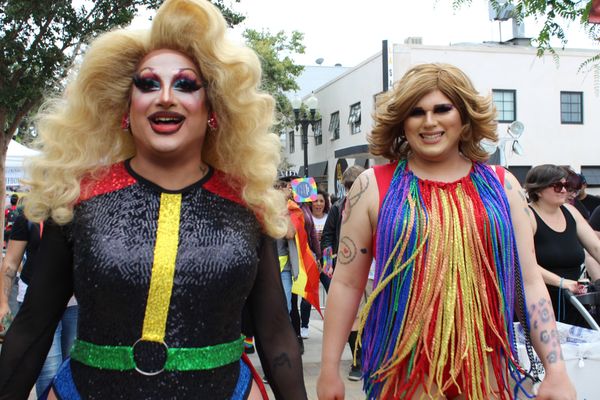