In the United States, 61 percent of US workers over the age of 45 reported witnessing ageism in the workplace. While men were seeing a decline in reports of ageism (18 percent), women were reporting ageism in higher rates in 2017 than in 1990–an increase of 15 percent.

Ageism sets in for women sooner than men (40 versus 45 years old, respectively), largely due to the double jeopardy women face when their age is compounded by their sex. Women in the workplace are held to strict gender norms, including looking beautiful, and for older women maintaining youthful beauty becomes increasingly hard. Men, on the other hand, are not held to the same standard. According to Catalyst, older women are more than twice as likely to feel workplace pressure to dye their hair.

Many have already made the connection that ageism should be seen as a feminist issue given the disproportionate impacts aging has on women. In her book “Invisible Women”, Caroline Criado-Perez writes that women may on average live longer, but they also need more assistance as they age and spend a longer portion of their life in ill health and disability. Women are also more likely to face poverty in their old age, a result of multiple factors including ill health, the burden of childcare, gendered wage discrepancies, and ineffective national policies that do not take women’s needs into account. Sixteen percent of all women over 65 in the US are living in poverty, compared to 12 percent of men. The gendered age gap is higher for black women.

Pat Taub, feminist and author of the blog “Women’s Older Wisdom,” said in an interview that she thinks consciousness-raising for older women is important to living a meaningful life in your later years:

“I regard fighting ageism as a critical feminist challenge for older women. It’s the force that restricts them from enjoying their later years by telling them that once past a certain age, like 60, they are too old to have legitimate social standing. I think this is why so many older women feel invisible.”

Fighting ageism on a societal level would clearly have disproportionate benefits to women–making it a valuable feminist goal in and of itself.

Yet, ageism remains a problem even inside the Women’s Movement itself.

The work of women from previous generations is constantly written off as not woke enough, problematic, or otherwise held to an impossible and anachronistic standard. Meanwhile, the needs of aging women are largely ignored.

In 1985, Barbara Macdonald delivered a scathing speech to the National Women’s Studies Association, admonishing the younger attendees for their ageism and treatment of older women in the movement:

“From the beginning of this wave of the women’s movement, from the beginning of Women’s Studies, the message has gone out to those of us over 60 that your “Sisterhood” does not include us, that those of you who are younger see us as men see us–that is, as women who used to be women but aren’t anymore. You do not see us in our present lives, you do not identify with our issues, you exploit us, you patronize us, you stereotype us. Mainly you ignore us.”

She argued that younger feminists were happy to exploit the struggles and knowledge of the past generations without any care for the lived realities of older women. Her speech was later published in Women’s Studies Quarterly in 1989:

“For you yourselves–activists and academicians–do not hesitate to exploit us. We take in the fact that you come to us for “oral histories”–for your own agendas, to learn your feminist or lesbian or working-class or ethnic histories–with not the slightest interest in our present struggles as old women. You come to fill in some much-needed data for a thesis… or you come to get material for a biography of our friends and lovers. But you do not come as equals, not with any knowledge of who we are, what our issues may be. You come to old women who have been serving young women for a lifetime and ask to be served one more time, and then you cover up your embarrassment as you depart by saying that you felt as though we were your grandmother or your mother or your aunt.”

This pattern, Macdonald argued, was rooted in patriarchal family roles (mother as “carer”) and should be challenged:

“Let me say it to you clearly: We are not your mothers, your grandmothers, or your aunts. And we will never build a true women’s movement until we can organize together as equals, woman to woman, without the burden of these family roles.”

In fact, Macdonald points out, older women are often seen as oppressors of younger women. In today’s hyper-identitarian generation, this is even truer than ever. Generational identity politics have not skipped the Women’s Movement, and since “old straight white men” are deemed the oppressor, old women are burdened with at least one, often more, of the oppressor labels. The meteoric rise of the “ok Boomer” trend demonstrates this generational resentment. “Boomers” as a whole are to blame for the environmental and economic issues of today. Any class, race, or sex analysis is ignored.

Certainly, in many ways, older people do have more power than younger people, especially economic power. But failing to sex-disaggregate this data misses the broader picture: this is largely only true for men, who are actually able to build wealth and power over their lifetimes. For women, this has been historically untrue. Boomer women had even less ability to solve yesterday’s problems than today’s women do. In fact, any progress toward power that women today do have is likely thanks to a woman of an older generation. Treating Boomer women as oppressors rather than our sisters, and war-worn ones at that, fails to account for their own realities.

On Wednesday, author Kate Long started a thread called #ThankABoomer where she highlighted the contributions women of the much-hated generation have made toward equality.

“You can #ThankABoomer,” she writes, “that if you sit an important exam today, the pass mark for you as a woman won’t be set higher than for a man sitting exactly the same papers.”

“You can #ThankABoomer that women are now allowed to work in the London Stock Exchange and not treated as jokes, nuisances, and objects to be bullied and harassed.”

“Massive thanks to Boomers that hospitals are now no longer allowed to turn women away when they need abortions.”

Long includes clips from old magazines which highlight the discrimination that women of the time were facing. The comments on the thread are full of women sharing their own stories of discrimination:

“At the first school I taught at, it was decreed by the Headmaster that any female teacher bigger than a size 12 would not be allowed to wear trousers.” — @GeraldineRyan

“I remember being told by my accountant in 1986 that I didn’t need to bother with a pension “because most married ladies leave that to their husbands”. #ThankABoomer” — @MaryBuddHR

“I’m so bored with being either unseen or treated as irrelevant now I’m in my 60s. I think I’ve tried really hard in my life to call out sexism (and other discrimination) and still do.” — @Swllwmzn

It’s clear that the problem Macdonald named 35 years ago has barely changed. Older women’s work is still used as a prop to younger feminists when convenient, often to bolster their argument (whatever side it may be), while the women themselves are ignored or treated with hostility.

When older feminists happen to fall on the “wrong” side of the generational divide, though, the resentment of older women in the movement becomes clear. Young feminists have even recently called to “ruin the life” of an older feminist writer because they didn’t like a pamphlet she wrote nearly 40 years ago. Nevermind that thanks to gendered poverty and the dangers of aging while female (including recent pension cuts in the writer’s home country), that might already be well underway.

The generational resentment present in young radical feminism is especially concerning because it displays a remarkable lack of empathy. Women who made decisions based on the best options available at the time are demonized, meanwhile, young women are spared these choices precisely because previous generations recognized the inequity and fought to change it for future generations to come.

The sad irony is that those of us who are fighting for the next generation today are likely to be doomed to the same fate if we don’t work to change the culture of ageism in feminism. All our hard work, all our writing, all our protests and marches, will be held to a standard that will only come to exist 50 years from now–and we will all be found wanting.

Our own daughters and granddaughters (generationally, if not literally) will blame us for our inaction on issues we feel powerless to change, even though we’re actually doing the best we can to just survive.

Our books and ideas will be dismembered and used to win arguments and make points, perhaps as I have even done with MacDonald’s work here, all the while we will be left to suffer in illness and silence while young feminists focus on “real” women’s issues–those that affect women pre-menopause, when they still have patriarchal value.

It has been nearly one full human generation since Barbara Macdonald delivered her address to the NWSA. In that time, thanks to the rise of identity politics, the problem of ageism in feminism has only worsened. Young feminists of today should be invested in changing this culture–if not for “Sisterhood”, then at least out of self-preservation. Soon enough, it will be us begging to be not be ignored in the movement we used to lead.

Cover photo by StockSnap from Pixabay 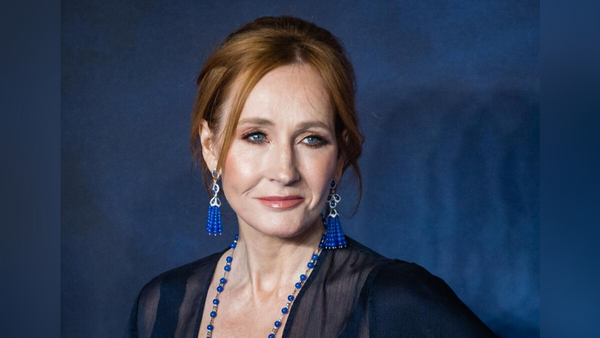 She hints at early warning signs of a rising totalitarian regime 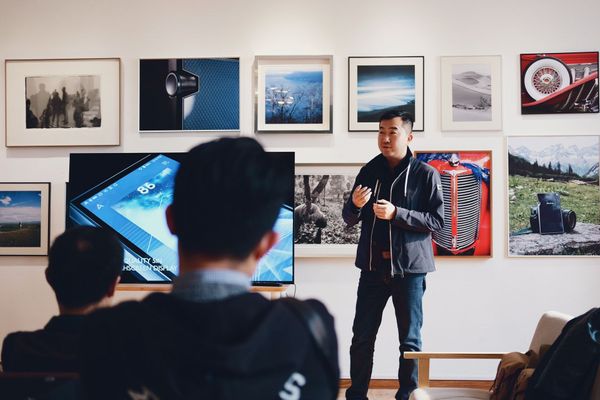 It's Time for Tech Conferences to Start being Accountable to Women