While the battle to determine the next Democratic nominee rages on, American women are fighting another battle: the battle for the right to choose. Despite the "settled law" of Roe v. Wade, the landmark case which legalized abortion in the United States in 1973, the question of abortion is far from settled.

The new conservative majority on the Supreme Court heard arguments last week in case of June Medical Services v. Russo, the first abortion case to come to the highest court since Justices Kavanaugh and Gorsuch took the bench. The case challenges a law passed by Louisiana which requires abortion providers to gain admitting privileges to local hospitals. If this sounds familiar, it should. Only four years ago the court ruled on Whole Woman's Health v. Hellerstedt, a case which struck down a remarkably similar law in Texas.

At the time, Justice Breyer wrote the majority opinion. "We agree with the District Court that the surgical-center requirement," he stated, "Like the admitting-privileges requirement, provides few, if any, health benefits for women, poses a substantial obstacle to women seeking abortions, and constitutes an "undue burden" on their constitutional right to do so."

Justice Ruth Bader Ginsburg agreed. "When a State severely limits access to safe and legal procedures, women in desperate circumstances may resort to unlicensed rogue practitioners, faute de mieux, at great risk to their health and safety," she wrote in a concurring opinion.

It is unusual for the Supreme Court to rule on the same question twice in such a short time. Once the court has decided a case, lower courts are expected to follow precedent. In Louisiana, however, the Fifth Circuit court defied the higher court's ruling, intentionally providing an opportunity for the court to revisit their earlier decision. Their hopes ride on the fact that the Supreme Court has taken a turn to the right since 2016, when Donald Trump was elected.

In February of 2016, Justice Antonin Scalia passed away nine months before the 2016 election. Scalia was "an icon of conservative jurisprudence," and immediately upon his passing Senate Majority Leader, Mitch McConnell, announced his intention to prevent President Obama from confirming his nominee, who had not yet been announced. "Of course, the American people should have a say in the court's direction," McConnel stated only hours after Scalia's death. "It is a president's constitutional right to nominate a Supreme Court justice, and it is the Senate's constitutional right to act as a check on the president and withhold its consent."

President Obama later nominated Judge Merrick Garland of the Court of Appeals for the District of Columbia Circuit. Garland was considered a moderate, and was an obvious choice and was well-qualified for the role. McConnell and the Senate Republicans were unrelenting, though, refusing to even hold a confirmation hearing for the President's nominee.

The move was unprecedented in the modern political era, and shaped the election in November.

With a Supreme Court seat open, Christian values voters who were otherwise repelled by Trump found themselves motivated to get out and support the candidate who promised to appoint pro-life justices. And appoint them, he did.

In his campaign speeches, Trump has taken a hard-line pro-life stance. At the March for Life in January, Trump stated, "Unborn children have never had a stronger defender in the White House." Although he has personally flip-flopped on abortion throughout career, his time in the White House backs up this claim.

On April 7, 2017, the Senate confirmed Trump's first Supreme Court appointment, Judge Neil Gorsuch. Gorsuch came from the United States Court of Appeals for the 10th Circuit, where he managed to avoid ruling on any abortion rights cases. His views on abortion remain largely unknown, and he avoided questions on the subject during his confirmation hearing. The Justice was also unusually quiet during last week's oral arguments, giving reporters little insight into what how he plans to vote.

In 2018 when Justice Anthony Kennedy retired, Trump appointed Judge Brett Kavanaugh. The new Justice's appointment was marred by accusations of sexual assault by Dr. Christine Blasey Ford, a college professor. The accusation called into question his commitment to women's constitutional rights—should a man who doesn't respect a woman's right to consent to sex really be a position of power to make decisions about women's reproductive autonomy?

The criticism from women's groups was clear. Calls of "Shame! Shame! Shame!" echoed throughout the Senate chambers as the vote to confirm was passed.

These men are in the position to decide on women's rights because Republicans, unlike Democrats, have been remarkably focused on prioritizing control of the courts over all else.

Republicans did not want Trump as their nominee in 2016. The socially-conservative, Evangelical wing of the party hardly felt represented by a twice-divorced crude man without a Biblical bone in his body. Evangelicals put all of that aside to elect a pro-life candidate. They weren't the only ones. Establishment Republicans eventually fell in line behind Trump for the good of the party and, more important, for control of the courts.

It's not just abortion that conservative justices are ruling on. The courts are making decisions every year on issues that affect voting and help Republicans maintain political control. Decisions on issues like voter ID laws, the census, and gerrymandering all shape the political map. Keeping the courts on your side has become the ultimate power play in American politics, and Republicans are winning it—to the detriment of women.

So why haven't Democrats noticed?

The Democratic party is as divided as ever. Hillary Clinton's shocking loss in 2016 demonstrated the importance of party unity, setting aside nuanced political differences in favor for a bigger priority. Both the extreme wing on the left of the party and the extreme moderates are failing women by refusing to put winning the courts first. Sanders supporters who failed to turn out for Hillary in 2016 seem posed to repeat the same in 2020, with #BernieOrBust and #DemExit making revivals on Twitter Tuesday night after Biden's "Big Tuesday" victories.

Comments such as "I will not be compromising and I will never vote for Joe Biden" are proving how unshakable Sanders' support is.

"Watching Biden supporters freak out as they figure out just how pissed young voters are is hilarious," said one Sanders supporter, "The Biden FB groups are losing their mind afraid young people won't vote for him in the general.  They're right. We won't. #DemExit2020."

"It's so cute that Democrats really thought Bernie's supporters would just fall in line with the DNC's hand-picked candidate after they robbed him of the nomination again," said another.

These sentiments aren't just coming from "Bernie Bros", though. All of these comments were made by women.

Of course, Medicare for all and fighting for the working class are also issues that would positively impact women. There is a strong case to be made that Sanders' policies are, in many ways, better for women as a whole than Biden's are. But failing to rally behind the Democratic nominee, no matter who he (yes, he) is, is essentially handing over the courts to Trump and his anti-choice cronies. Are we forgetting that Ruth Bader Ginsburg is 86 years old?

Although former Vice President Biden is the prohibitive nominee at this point, it is worth noting that these party divisions aren't just coming from Sanders supporters. A decent contingent of #NeverBernie Democratic voters have made clear that they would not support Sanders in the general, even going so far as to compare him to Trump.

In his victory speech on Tuesday evening, Biden extended an olive branch to Sanders voters in a call for unity. “I want to thank Bernie Sanders and his supporters for their tireless energy and their passion. We share a common goal, and together we’ll defeat Donald Trump,” he said. “If you’re willing if you want to join us … We need you, we want you, there’s a place for you in this campaign.”

Yet calls for unity by Biden and his surrogates are largely missing what Republicans have long understood: the power of the courts.

Even if Roe isn't outright overturned, cases like June Medical Services v. Russo allow so many restrictions to be placed on abortion providers as to make it essentially impossible. Targeted restrictions on abortion providers (TRAP laws) are consistently upheld by conservative courts and make it harder and harder for women to access a safe, legal, and affordable abortion. In the case of the Louisiana Law, opponents say only one doctor in a single clinic would be left in the entire state.

Poor women, most of whom are already mothers, are most hurt by these restrictions. Thanks to these laws, it's harder to get an abortion now than it was 20 years ago. Many poor women are simply not able to afford the cost of an abortion, which can range from $400 — $3000 depending on other complications. This should not be surprising considering the 2018 report from the Federal Reserve which found that 40% of American families could not afford a $400 emergency.

Laws like the Abortion Control Act in Louisiana make it even more expensive, since women may have to travel many hours from home (and even out of state), to obtain an abortion. This results in extra costs from travel, possibly having to stay at a hotel, and lost wages.

If the United States continues down the path of limiting abortion access, we must be clear about the consequences: women will die.

When abortion is illegal, women don't stop seeking them. Those who can't afford a legal abortion will take to illegal and unsafe methods out of desperation. According to the World Health Organization, 23,000 women die of unsafe abortions each year. Some estimate it may actually be as high as 30,000 women, accounting for 8–10% of all maternal deaths. Tens of thousands more experience significant health complications from unsafe abortions.

In El Salvador, women with cancer may be refused treatment for fear that it could harm a fetus. Doctors may refuse to treat ectopic pregnancies, resulting in the explosion of a woman’s fallopian tube. Teenage girls are killing themselves in droves rather than choose between forced birth or an illegal abortion—accounting for nearly half of maternal deaths in the country. Over 100 women were charged with illegal abortions, some whom actually had genuine miscarriages, a crime that can carry a 30-year sentence.

In Brazil, 250,000 women are hospitalized annually from complications related to illegal abortions. About 200 of those women will die from the complications.

When frustrated and disillusioned Democratic voters refuse to prioritize the courts because of ideological purity, or a dogged commitment to centrism, they help move the country closer and closer to resembling these nations, and returning to the horror of a pre-Roe America. Of course, rich women will always be able to get safe abortions—they can simply travel to where it is legal. Poor women will be the ones who suffer and die the most. If leftists care about the "working class" (a term already riddled with gender bias), prioritizing the courts is a matter of life and death for working class women.

Democrats must work together to retake the Senate and the courts if they truly care about protecting women. Anything else is mere lip service. 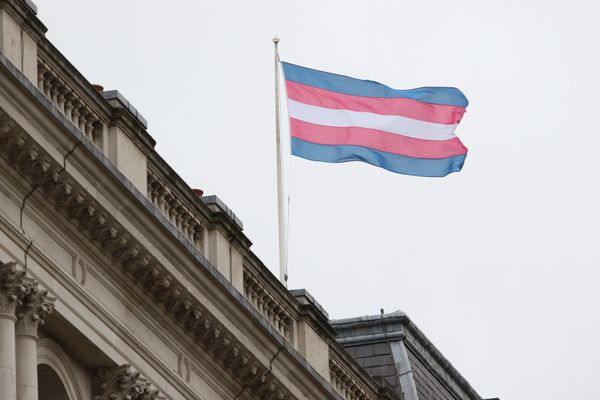 One year ago Vancouver voted to defund a women's shelter. That should have been the final straw, but it is only just the beginning of trans activism. 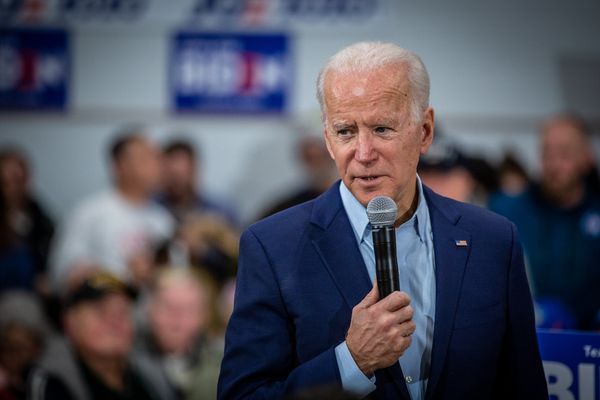 From a feminist concerned about all this gender malarkey