Last year, I attended a tech conference in Philadelphia. Although I have been to tech conferences before and knew the type of crowd I'd be dealing with, I was not prepared to experience sexism so overt that it made me walk out of a presentation.

Most of the time, sexism in these types of spaces is subtle. Conferences can be under a lot of scrutiny, and often make an effort to at least appear welcoming of women (and people of color). This conference was no exception. They had adopted a Code of Conduct which prohibited sexual harassment, made sure to have at least a few token female speakers (more on this later), and women were in prominent roles as organizers and volunteers (I was one of them).

Yet, these types of surface-level concessions do little to actually ensure a welcoming environment for women where we are equal and active participants. Especially when the culture is already so heavily male-dominated and saturated with misogyny, just ready to boil up over the surface, like it is in tech. In the case of this conference, that is exactly what happened.

I was sitting in the front row of a workshop with a full room, mostly men and a handful of women. We were all there to learn about webpack, but it quickly became clear who the presentation was really for. Perhaps anyone who read the full details of the talk in the schedule would have been warned:

"Build the app – from scratch, live, not for people with heart problems, pregnant women or aliens from the dark side of the moon."

Yes. According to the presenter, pregnant women are apparently so weak they could not bear to participate in his very exciting workshop. Never mind the ableism, as well, pregnant women were so foreign to this man as to be comparable to aliens from space.

Although discrimination due to pregnancy is illegal, this remains a massive problem. Cases filed for pregnancy discrimination in the workplace reached an all-time high in 2018, the year of this conference. The discrimination practices at multiple tech companies across Silicon Valley have been called into question—including Google.

Inappropriate and discriminatory jokes aside, the webpack presentation got worse.

The presenter announced in opening, “If any developer wants to show off his code at the end of the session, he can win a prize!” I rolled my eyes as hard as I could from the front row, hoping he saw me and would correct himself going forward.

He continued, “Go ahead and git clone, npm install, blabla…” (not a direct quote, probably), “A developer will need to make sure his system is configured...”

At his point I audibly huffed. I stopped being able to focus and started counting the times he implied the women in his audience did not exist. “1, 2, 3, 4...”. It didn't stop.

By the fourth time, I wanted to stand up and ask, “Excuse me, are women allowed in this workshop, or not?” But I was so upset I was shaking, I worried that if I tried to say anything my voice would tremble. I did not want him to see me afraid. “… 5 ...”

After the fifth time, I walked out. I had no idea what he was even talking about anymore, and my blood was boiling. Why did I feel like I was completely alone in there? Why did none of the men in the room stand up and say something? Why was the burden on me, or any of the other women, to risk our own reputation in a room where we were already outnumbered 10:1? Where was the moderator who was supposed to handle these sorts of situations?

Later, I spoke to a few other women who were in the room. One told me she eventually realized the presentation was not for her and opted to choose her health care plan during the workshop instead. A third woman also confirmed that she shared my experience of being completely unable to focus and learn the material as the sexism continued to fly through the entire session, even after I left. A fourth told me she walked out after me.

Moments like this have a real impact. At least four women who attended that workshop to learn (and there were only like six women in the room of 50+, anyways) were unable to get the information they came for because of blatant sexism. Although I was a volunteer and attended for free, how many of those women missed out on a fourth of their $300 conference value since this session took the entire afternoon of the first day? How many of them, like me, were frustrated and unable to focus the rest of the evening? How many of them won’t bother coming back next year? The message was clear: we say women are welcome, but we will not defend your right to be here.

Avoiding moments like these requires a major culture shift that goes beyond the ally-theater of generic Codes of Conduct (Spoiler: “Don’t be a jerk” is not a useful CoC), and token female speakers. Conferences are in a position to change the culture of technology, and it’s time they start taking that responsibility seriously. So what can be done?

Although it is hard for organizers to control the flow of attendees to a large conference, serious efforts need to be made to conduct outreach to women’s coding programs to draw female attendees. There is no shortage of groups such as Girl Develop It, TechGirlz, bootcamps, and local organizations to choose from. These efforts can include promotional partnerships, scholarship opportunities, and targeted outreach campaigns. Consistently measuring attendee demographics as registrations roll in (and course correcting when necessary) and tracking where attendees heard about the conference can help.

On the other hand, the speaker line up of a conference is much easier to control. If a given conference honestly lacks the ability to have a lineup of 50% or greater women, it is because they did not try hard enough to get women’s proposals. It’s as simple as that. And all of the same tools for doing outreach can apply to CFPs.

But, personally, I won’t be satisfied until I see a mainstream conference where ALL of the speakers are women. And, no, "Women in Tech" conferences don't count (and even those still have male speakers).

"People ask me sometimes, 'When do you think it will be enough? When will there be enough women on the court?' And my answer is when there are nine."

The conference I attended last week had a total of 20 speakers, four of whom were women (20 percent—already a less-than-industry ratio). Two of those four women were paired up with a man to speak. One was only there to give design advice at the beginning, and was subjected to standing silently at the man’s side through the entire rest of his hour-long workshop. I’m not sure she counts.

Simply examining these dynamics and working to move closer to equal ratios of women at all levels of participation in the conference will go a long way to move women’s inclusion away from tokenism to actual structural change.

Conferences also need to start taking presenter content seriously by providing guidelines to presenters and empowering volunteers and moderators to step in when those guidelines are violated. The blatant discrimination from the webpack presenter in his program blurb had to be seen by multiple organizers before eventually reaching the hands of attendees. If organizers took their code of conduct seriously, they could have intervened with this speaker before the session even started. They didn't.

The creation of female-only spaces at conferences (even as a followup happy hour or lunchtime affinity group) can provide women a chance to connect safely, and share their experiences and advice with each other.

As the space where industry leaders and newcomers alike join together to learn, grow, and shape the future of technology—conferences are in a position to make a serious dent on the toxic male culture of tech. But half-assed Codes of Conduct and token female speakers will not create the change this industry needs. It’s time for male organizers of these conferences to step aside and let women take the reigns, leading us in the feminist future we deserve.

This article was originally posted in November 2018. In response, the conference in question made a public apology, and committed to making changes going forward. Their 2019 conference speaking lineup was 31% women—still not enough, but just about at industry participation levels, demonstrating that actively working to improve these problems can make a difference. I commend the work done by this conference to improve in the face of criticism. 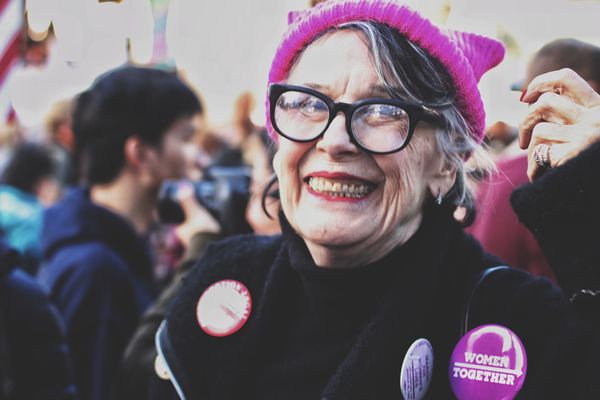 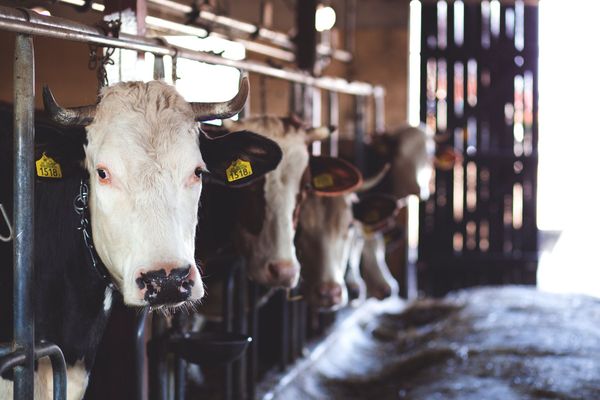