On February 27, I had an interview scheduled with Tenderly, an online vegan publication supported by Medium.

Medium is a blogging platform that changed the game for writers looking for their breakout moment. By centralizing all of the internet’s best bloggers, charging a $5 monthly subscription fee, and giving a cut of the profits to writers, Medium became the go-to place for writers of all stripes. Whether you are a new blogger just looking to start building your audience, or a New York Times best-seller like Roxane Gay, you’re probably on Medium.

I had been writing on Medium as part of the Medium Partner Program for a year when I landed an interview with Tenderly. I had written multiple pieces for Tenderly before on topics ranging from the impact of the California wildfires on farmed animals to the sexual objectification of women in the animal rights movement.

"Medium has been quietly disappearing feminists and male allies from their platform."

Out of hundreds of applicants, I had been offered an interview for a part-time writer position at the publication. “I love your work,” Tenderly editor Summer Anne Burton told me on February 25.

Only two days later, my Medium account was suspended and my interview was canceled.

“Hi Mary Kate. Given Medium's decision regarding your account, as well as Tenderly's stance on inclusion, we won't be able to move forward with your candidacy or any further freelance assignments at this time.”

I wrote on a range of topics on Medium, often publishing every day. I was a top writer in Feminism, Relationships, Diversity, and multiple other categories at various times. At the peak of my time writing on Medium, I was making about $500/month from the Medium Partner Program. Certainly not anywhere near a full-time income, but also nothing to blink at. That income made up a decent portion of my monthly budget.

Medium did not provide a reason for the suspension of my account and the removal of 231 published stories I had on the site. They could not point to a single specific instance of violating their rules. (They also did not reply to a request for comment on this story).

But I know why I was censored—because I spoke out against mainstream liberal narratives on sex and gender. I wasn’t the only one. Medium has been quietly disappearing feminists and male allies from their platform.

Medium, despite being a platform where (theoretically) anyone can create an account, is an aggressively liberal platform. There are loads of women writing on the platform, and a lot of them write about feminism. Some independent publications on Medium, like Fearless She Wrote, provide a much-needed space where women can process trauma, male violence, and their own experiences as women. Publications like this are a vital space for women, but they are rare. For the most part, Medium’s brand of “feminism” is anything but.
“Empowered” women on Medium write about sex.

Medium’s “feminist” community is a ground for sexual abuse, grooming, and exploitation. These stories are often promoted by Medium under their Feminism, Sexuality, and Relationships tags.

One of the top writers in Feminism for as long as I had been writing there was a man, Joe Duncan. Duncan is a Male Feminist™ who has written excessively pornographic and violent sexual passages about women.

Take this passage, from one of his stories about women swallowing semen during sex:

“She ended up salivating all over his lap and making a mess out of herself, spewing dribbles of semen and spit onto the floor. She experienced the weird, burning discomfort of having some of the saliva shoot out of her nose the moment it happened, with the pressure from the reflexes as her throat seemed to fill up with liquid too quickly.”

He’s not the only one. In fact, two out of the top three writers in Feminism on Medium are currently men.

Medium’s brand of feminism is aggressively anti-woman and pro violent and degrading sex.

"Medium’s 'feminist' community is a ground for sexual abuse, grooming, and exploitation."

These headlines are not exceptions. Writing about sex on Medium has become so common that many writers explicitly state that they write sex articles because they perform well on the platform. “Everyone cares about my writing…since I write about sex,” wrote Meaghan Ward. “No one cared when all I wrote was science fiction.” Ward is now a top writer.

Any writer who questions mainstream liberal feminism is at risk of a ban on Medium, no matter how careful they are to follow the rules.

In addition to writing about veganism, relationships, science, and technology—I wrote about gender identity on Medium. I wrote about how the modern gender identity movement is harming women, children, and the LGB community. The last article I published on Medium was an interview with Arielle Scarcella, a lesbian Youtuber who has been canceled for speaking out against trans activist extremism on the left.

Although I can’t say for sure this is the article that got me in trouble, I encourage you to read it and try to pinpoint what sentence specifically may have violated Medium’s community guidelines.

“We don't tolerate harassment, which includes bullying, threatening, or shaming someone, or posting things likely to encourage others to do so.

We do not allow calls for intolerance, exclusion, or segregation based on protected characteristics, nor do we allow the glorification of groups which do any of the above.

We do not allow content that promotes violence or hatred against people based on characteristics like race, ethnicity, national origin, religion, disability, disease, age, sexual orientation, gender, or gender identity.”

The only possible violation that my account had made is related to the rule against promotion of “segregation based on protected characteristics”. I have advocated for the protection of female-only spaces as necessary for women’s safety. Since sex is a protected characteristic, technically excluding males from female spaces like safe houses, shelters, prisons, and trauma support groups may be considered a violation of this rule.

However, the US courts have upheld that sex discrimination is lawful when a group is taking “positive action” on behalf of a disadvantaged group.

Since Medium hosts in-house publications like Zora and Level which discriminate based on sex and race to uplift women and men (respectively) of color, we know that they generally recognize the existence of positive action exceptions.

Apparently, however, this does not seem to apply to feminists.

I’m not the only one this has happened to.

"Any writer who questions mainstream liberal feminism is at risk of a ban on Medium, no matter how careful they are to follow the rules."

Issy Dickenson had her article, "Trans Identified Males Should Not Be Accessing Women’s Spaces," removed from Medium.

GNC_Centric, a project for detransitioned lesbian women, had their account suspended by Medium.

Olivia Broustra’s article, “The Trans Ego: Why Allies are becoming TERFS”, was deleted and then her account was suspended.

Dr. Em, a woman who wrote about feminism and living with brain damage, was banned from Medium.

Male allies, like British comedy writer Graham Linehan, have also had their accounts suspended for writing in support of women.

An article written anonymously by a man who goes by the pseudonym “Social Justice Wizard” on the connections between anime and gender dysphoria was also deleted, and his account banned.

The examples of Medium censorship of genuine feminist analysis goes on and on. These are only the most prominent examples. Not one of these posts was hateful, promoted violence, or genuinely violated a rule in any meaningful way. In fact, they are the opposite—advocating for a safer world for women. But since this inconveniences male narratives, it is punished harshly on the platform. Whether the content of the posts was true or not is apparently irrelevant to Medium, despite claims that they support "interesting, high-quality writing, and civil, thoughtful dialogue" and "encourage and expect accurate and ethical reporting on Medium."

The Misogyny of Medium

Medium has opted to silence feminist critique in favor of promoting violent anti-woman propaganda which serves the only purpose of sexually grooming women for abuse.

In many ways, this is unsurprising. Big Tech has been at the forefront of the modern war on women. Medium founder Evan Williams formerly served as the CEO of Twitter, another platform infamous for its misogynistic double-standards of rule enforcement. Many of the same women who have been banned from Medium have also been banned from Twitter. This centralization of the means of communication in male hands is absolutely vital in the silencing of women’s voices. It is part of a long history of misogyny in the writing community.

In her 1983 book “How to Suppress Women’s Writing,” Joanna Russ describes the steps taken to silence female writers:

“Once the informal prohibitions have failed to work, what can be done to bury the art, to explain it away, ignore it, downgrade it, in short make it vanish?

Whatever these techniques will be, they will have one thing in common: they will be logically fallacious.”

This pattern, she says, can be summarized as “bad faith”—“morally atrocious and appallingly silly” techniques used as excuses to silence women’s work. The bad faith application of Medium’s community guidelines to feminist cultural critique is such a technique.

Decades before the rise of social media, Russ also correctly predicted the “double standard of content” that would arise. Arguing in favor of sex-based protections for women from male violence “promotes violence or hatred”, while articles explicitly calling for the sexual abuse of women (under the guise of “consent”) don’t.

Beyond the cultural impact of the suppression of feminist writing, there is also a material consequence to women.

Women already struggle to find financial success as writers in a heavily male-controlled industry. As I previously wrote, despite the fact that women receive the majority of MFAs, the New York Times bestsellers list is still dominated by men (although it is improving over time). Books by male authors are disproportionately reviewed in every major publication by disproportionately male reviewers. Men are more likely to be quoted in articles (at a ratio of 3:1), and make up more about two-thirds of bylines in publications like The New York Times and The Washington Post.

Medium had the opportunity to genuinely offer a chance to emerging feminist writers who already struggle to find a platform, let alone one that pays. Instead, Medium opted to further the divide by not only silencing women but removing a means of income. Now, with 10 percent of the American workforce filing for unemployment thanks to a global pandemic, locking any woman with an ounce of sexual politics out of one of the most popular forms of remote work seems especially insidious.

The fact that Medium so heavily promotes articles that encourage a violent and male-centered view of sexuality is just the icing on the cake, teaching female writers that they can only succeed by sucking dick.

I’ve said it before, and I’ll say it again. Platforms built by men and funded by men will always disappoint women. Medium is just the latest example in a long list of reasons why women need to build our own platforms. 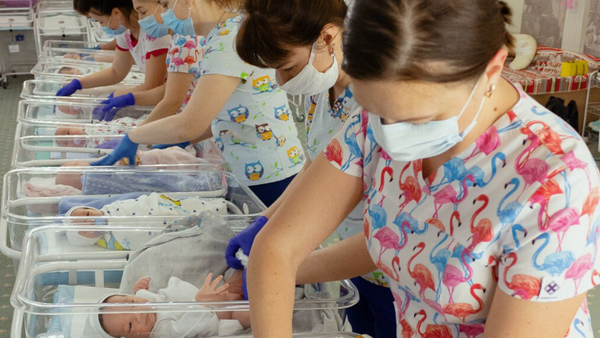 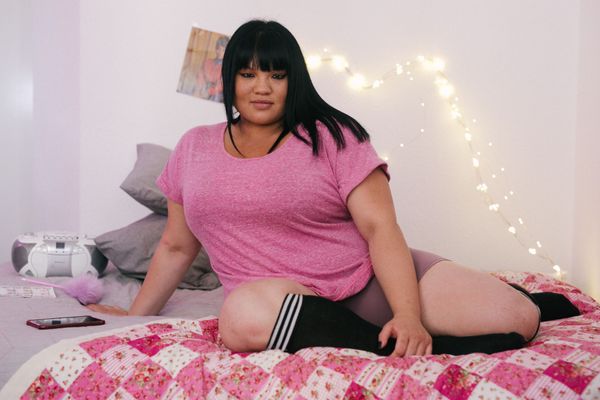 And mainstream media is eating it up