Alright, I may have exaggerated a bit. Certainly, not all of my friends are polyamorous — but it sure is starting to feel that way.

A couple of weeks ago my (monogamous) partner and I attended a wedding where polyamory and open relationships were the norm. Nearly everyone there was in a committed, long-term relationship, yet everyone was hooking up with everyone else. Even the grooms, two of my best friends, are in an open relationship.

The cake at one of the bachelor parties lovingly read, “Same Asshole For Life!” I guess whoever was in charge of ordering that missed the memo. There would be many assholes to come.

It seems in progressive circles, monogamy has officially become passé.

Feminists have argued the merits (or lack thereof) of monogamy for decades. Historically, monogamy hasn’t been particularly great for women. But, then again, neither has any other relationship structure.

Monogamy has been used to control women as property, originating as a mere exchange of “goods” from one man to another. Monogamy meant he controlled her and, usually, it also meant he could do whatever he wanted outside of the relationship anyway.

Polygamy, likewise, was about controlling men’s sexual access to women and providing a material benefit to the most dominant/alpha men. Women were, as per usual, objects for men’s consumption.

The common factor, it seems, is men.

Radical feminists of the 70s started the idea that non-monogamy could be a way to challenge patriarchy. While the era of free love was in full swing and women were being pressured into “sexual liberation” (that is, the “freedom” to be sexually available to any man who wants you), radical feminists organized non-monogamy that involved no men whatsoever.

Julie Bindel wrote about her experience of non-monogamy in 2013 for The Guardian:

We were all lesbians starting off on a fairly equal playing field. Some of us involved with leftwing politics had previously been witness to or victims of men who had sexual access to as many women as they wanted, while women waited for her one partner to get round to paying her attention.

Proponents of modern “ethical non-monogamy”, argue that the gender norms of the past are no longer relevant to polyamorous relationships. Rather than consisting of a single man and his harem, modern poly cliques are made of gays, lesbians, bisexuals, and queers of all genders — all flowing with sexual liberation (not to mention, alcohol and other drugs).

It’s easy to see why some may see polyamory as the out they were looking for in a culture that seems obsessively focused on plain, hetero, sex between one man and one woman.

I’m sympathetic to the idea of being able to freely love multiple people at one time. As a bisexual woman in a long-term committed relationship with a man, there are periods of my life where I miss the affection of women. At one point, I developed a crush on my roommate and my partner and I had a serious conversation about opening up our relationship to include her. In the end, we decided it would be too messy and wasn’t worth the risk.

Yet, as I watch my friends’ poly and open relationships play out in front of me, something still doesn’t sit right with me.

While polyamory is often touted as a romantic engagement where all parties can have their emotional needs met from whomever, I’m not seeing multiple loving relationships take place.

All I’m seeing is sex.

To understand why seeing all this sex is unsettling to a feminist, we have to go back to the Sexual Revolution of the 60s and 70s. In her book, Anticlimax, feminist historian Sheila Jeffreys examines how the Sexual Revolution failed to bring sexual liberation to women. Despite promising new sexual freedom for women, the “revolution”, she claims, just cemented the same patriarchial patterns.

Women’s liberation was co-opted by sexologists like Masters and Johnson to emancipate women not from patriarchy, but from sexual hangups which limited men’s sexual access to women. The sex was still meant to serve the traditional role of putting men in the dominant position, and women in the subordinate one. In fact, their original research was conducted on female prostitutes and their johns, demonstrating the “naked power politics at play in the heterosexual exchange under male supremacy.”

Swinging, or the trading of sexual partners with another couple, became popular around this time. Originally called “wife swapping”, liberals changed the name to be more palatable to their progressive circles. Edward Brecher, a proponent of the work of Masters and Johnson and a convert to swinging was forced to admit that:

“In many cases, it is the husband who initiates swinging contacts and then either persuades or browbeats his wife into “going along”.”

Even the increased social acceptance of homosexuality at the time did little for women and lesbians. Gay male culture has been, even since then, a phallocentric, hypersexualised one. Feminists want to end objectifying and exploitative sex, which is apparently the cornerstone of gay male culture. Lesbians, Jeffreys points out, were seen as a threat to gay male sexuality because, “the success of the feminist project would inevitably interfere with the sexual lifestyle of gay men.”

The work of Dr. Jeffreys has revealed how nearly all progressive gains for women’s sexuality have been constructed for the benefit of men. Women have been psychoanalyzed, therapized, and philosophized into wanting sex that they never desired in the first place. Women have had to be taught how to be sexually responsive to men, starting with the birth of sexology, especially the work of Havelock Ellis, before the First World War.

The historical reality is that increased sexuality in society has never been the choice of women — and had only ever served to benefit men.

So what does this mean for modern polyamory?

In a recent post in Polyamory Today, Anne Stark writes that choosing to live a poly life was largely driven by her desire for sex:

“Polyamory for me wasn’t a decision I made based on a deep, long-standing feeling of it being who I am. To be honest, it was based largely on sex… and the need to express myself and the love I carry through it.”

Watching my friends in their “poly pods”, it’s clear that this is largely true — certainly not for all poly people, but at least for much of the polyamorous/open culture.

A hyper-sexualized culture has never benefited women, and there’s no reason to believe this would suddenly change in 2019 when nothing else about patriarchy has really improved. Women are still being subjected to sexuality on men’s terms, even if they are more “free” to be sexual with each other, too.

In a 2012 Feminist Current podcast, Meghan Murphy explores modern polyamory with a variety of guests. In it, she notes, “You can’t step out of culture.”

In a sex-obsessed culture driven by male sexual desire, we should expect polyamory to function similarly. This, of course, does not let monogamy off the hook. Many women in monogamous relationships are at the whims of their husband or boyfriend’s porn-fueled sexuality, often pressured to engage in sex acts they don’t desire. The only difference is that in polyamory, women are subjected to the sexual whims of multiple men.

Many women in these relationships extoll the empowering nature of their new-found sexual freedom. There’s no denying that despite the push to open up women’s sexuality for male benefit, women are still socially punished for actually following through with it. Women can’t win — we are either sluts or prudes. Being welcomed into a culture where the “slut” is celebrated rather than shamed certainly might feel “liberating”.

Developing an understanding of the greater cultural pressures that have led us to this point, though, is not to remove women’s sexual agency. Rather, recognizing the impact of over 100 years of sexual pressure on women to perform sexually for men can help us remember that the personal certainly is political.

Murphy points out that relationships in our culture are viewed through the lens of sex: good sex means a good relationship, and it’s impossible to imagine a healthy romantic relationship that is sexless. The chance, then, that polyamory has anything significant to do with emotional intimacy and not sex is limited (although I’m sure you could find examples of such relationships).

It’s possible to imagine a world in which polyamory does work to undermine patriarchy. But, unless the poly revolution is being led by women and feminists with an understanding of how women’s sexuality has been socially constructed for men’s benefit, poly relationships are doomed to replicate the same patriarchal systems as their monogamous counterparts. In its current state, the hypersexuality of modern poly communities only serves to put women at heightened risk and more vulnerable to male exploitation.

Stay in touch! Subscribe to get feminist writing in your inbox. 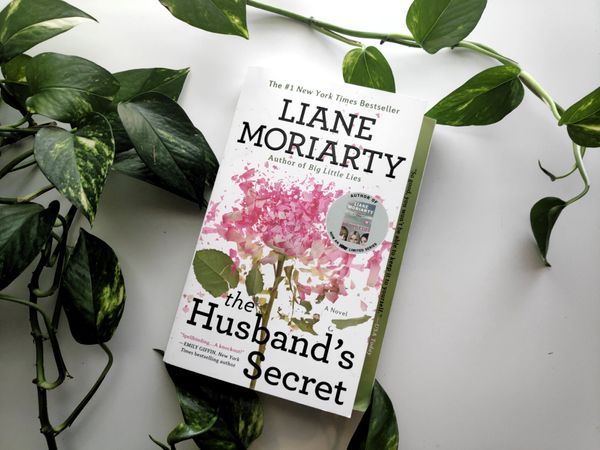 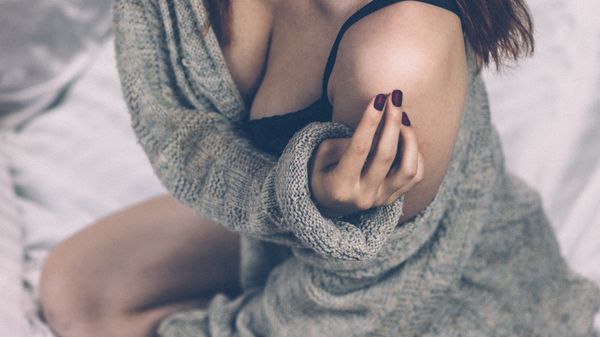