Rapper T.I. was the subject of outrage earlier this month when he revealed on a podcast that he takes his daughter for annual hymen checks. This invasive, traumatic, and medically dubious examination is for the purpose of determining her virginity, despite the fact that there is no real link between sexual intercourse and hymen breakage.

But T.I. isn’t the only one obsessed with virginity. In fact, entire industries are rising up around the centuries-old practice of policing and controlling women’s sexuality. Capitalism has found a way to profit off of the patriarchal obsession with virginity.

According to Planned Parenthood, the hymen is a thin, fleshy tissue that is located at the opening of the vagina. Hymens usually have a natural hole in them large enough to let period blood through and to comfortably insert a tampon without further stretching the tissue.

Some women have hymens that do not have any opening and may require surgery for comfort, and others have such a thin hymen in the first place so as to be barely there.

A hymen can be stretched open by force, causing bleeding. This can occur from sexual intercourse or from a number of regular activities like riding a bike or horse, or putting something else in the vagina: a finger, tampon, or sex toy for example.

“Some women have hymens that do not have any opening and may require surgery for comfort, and others have such a thin hymen in the first place so as to be barely there.”

Bleeding on the occasion of losing virginity, usually defined as having penis-in-vagina (PIV) intercourse for the first time, is hardly a universal experience. Even women with an intact hymen may not bleed during sexual intercourse if they are sufficiently aroused. On the other hand, women who do not have an intact hymen may bleed during sex if they are not sufficiently aroused and the sex is rough or forced.

Despite these facts, the myth of the hymen persists across cultures, with varying degrees of consequences for women who fail to sufficiently perform virginity.

An entire marketplace of “solutions” for women has popped up across the globe. Artificial hymens, blood pills, and even hymenoplasty surgeries are promising to help women pass wedding-night virginity tests.

One artificial hymen which offers home delivery across Pakistan promises “to simulate a flawless human hymen” with a prosthetic film filled with fake blood. Interestingly, the website admits that hymens can be broken during non-sexual activity, and that many women may be worried about establishing their virginity regardless of ever actually having intercourse or not.

“Virginity pills,” which have previously been sold on Amazon India, contain a fake blood powder which apparently dissolves in the body and is “completely safe” (safety claims have not been independently verified).

Hymenorrhaphy surgery (often known as “hymenoplasty”, although this is a slight misnomer), offers some degree of hymen reconstruction.

There are legitimate medical uses for hymenorrhaphy, such as a light suture to facilitate healing after sexual assault, however, in most cases, the surgeries are specifically to simulate virginity.

“Today, hymen repair surgeries are more common in Iran than ever.”

In some countries, like Iran, hymenorrhaphy surgeries are actually a cultural norm. The practice of stitching a girl’s (most were married as children, shortly after puberty) broken hymens before marriage is reported as early as 1865, revealed a 2009 article in The Guardian. In these cases, broken hymens were often a sign of rape or incest, since the girls were so young and rarely had the opportunity to seek sexual intercourse elsewhere.

Today, hymen repair surgeries are more common in Iran than ever. Many modern women who believe they have a right to premarital sex, but are afraid to openly defy cultural norms, will undergo the procedure — often paying for it out of pocket or with the help of an ex-boyfriend. The procedure was supported by a fatwa issued by Grand Ayatollah Sadeq Rouhani who made the procedure legal and legitimized marriages that take place after a hymenoplasty. While some feminists have argued that this move helps to further delegitimize the entire construct of virginity as the line between “real” and “fake” virgins becomes blurred, others have argued that upholding women’s need for virginity, whether real or faked, is still the same old patriarchy.

What’s at Stake for Women

The fact that so many women are willing to use these products demonstrates the threat that faces them if they fail to pass virginity tests. Despite the modern takes, faking or “ensuring” virginity is not new. Clever women of the past would fake virginity on their wedding night with a vial of farmed animal’s blood. Catherine of Aragon is said to have kept the blood-soiled sheets of her wedding night for years, using them as evidence during King Henry VIII’s annulment proceedings against her.

In some cultures, the failure to prove virginity on the wedding night can have serious consequences. Among the Pacific Island I-Kiribati people, bride virginity is celebrated by a “red cloth ceremony” which involves parading the blood-stained cloth from island to island. Women who fail the test may find themselves subject to an invasive investigation, including a physical examination, and are likely to be immediately divorced and disowned by their families.

“Family members wait eagerly outside the bedroom to ask, ‘Is she pure or not?’”

In Kanjarbhat, India, a bride’s entire family may be socially ostracized or heavily fined if the bride does not bleed on the wedding night. Family members wait eagerly outside the bedroom to ask, “Is she pure or not?”

The familial pressure women face seems to be the main driver of the re-virgination industry. Women are afraid of disappointing their families. In 2013, Inez Manu-Sione, a woman from Togo, explained why she participated in the degrading ceremony despite being a well-educated woman:

“I wanted to honour my Mum because it’s almost a disgrace on her if the process isn’t completed… I’m glad I did [it]. I’ve graduated from law, become a lawyer and a teacher, but I’ve never seen my parents, especially my Dad, so proud.”

For some women, the price is higher than shame.

Afghan women face dire consequences if they fail virginity tests. In some cases, the family of the groom may demand a wife who is found to be “unpure” is traded for her sister. In other cases, the consequences are more terrifying. In 2015 RFE/RL spoke with one Afghan woman who described what Afghan women are faced with on their wedding nights:

“In some cases, a bride’s ears and nose are cut off. They are forced into dirty clothes and taken back to her parent’s home. Their heads are shaved. The bride’s family is told that she is not a virgin. Other times, a bride is simply killed and her body is returned to her parents.”

Sometimes, the bride’s family takes part in the honor killings. Women may be imprisoned by the state after being convicted of “immorality” by courts packed with religious extremists. According to reports, hundreds of women are imprisoned in Afghanistan for such offenses.

“Their heads are shaved. The bride’s family is told that she is not a virgin. Other times, a bride is simply killed and her body is returned to her parents.”

Women are killed across the Middle East for failing virginity tests, such as Khanzadi Lashari who was strangled to death by her husband on their wedding night because she was not able to prove her virginity. Her story is just one of many.

The obsession with controlling women’s virginity is nearly universal. While the stakes may be higher in some parts of the world, the sale of re-virgination tools like artificial hymens and hymenorrhaphy surgeries in the West demonstrates that this is not a culturally-specific phenomenon. Wedding night virginity tests are only one part of the larger attack on women’s sexual autonomy. Female genital mutilation serves a similar purpose of ensuring virginity until marriage. In some cases, women must be literally cut open on their wedding nights, an incredibly traumatizing and painful experience that lands many women (and girls) in the hospital.

There is, of course, no similar expectation of virginity for men. Many modern men in India, for example, will happily date and have sex with young women of their caste. Yet, they still expect to marry a virgin. The double standard is not only hypocritical but deadly.

“In some cases, women must be literally cut open on their wedding nights…”

Virginity tests serve as a tool to both control women’s sexual behavior as well as keep them in a constant state of fear. Even women who have abstained from sexual intercourse, managed to avoid rape, and have never ridden a horse may find themselves unable to prove their virginity if their hymen simply wasn’t thick enough in the first place.

The existence of artificial hymens and blood pills isn’t just an obnoxious way capitalism is taking advantage of the plight of women. It is a reminder of the constant state of terror in which women live, and the reign of horror men continue to inflict on women and girls across the globe. 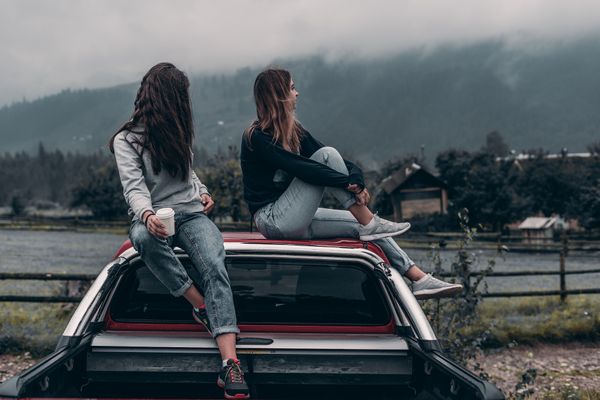 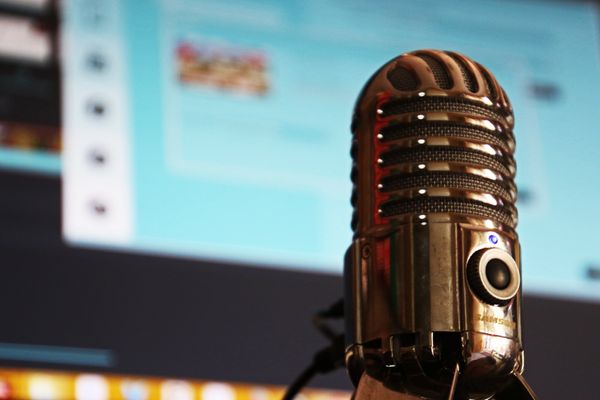 Women’s voices are always perceived as ‘wrong’, but listening to them more can help.