With the novel coronavirus (COVID-19) pandemic sweeping the globe, lots of focus has been on men's health. Based on the research we currently have out of the Chinese Centres of Disease Control, men are at greater risk of dying from complications related to the virus if infected. Of the 44,000 people studied, 2.8% of infected men died, compared with 1.7% of women.

As with any global crisis, though, women are still bearing the brunt of the impact. The positions women hold in society, especially as care workers, make them more likely to be responsible for caring for the sick. Women are disproportionately affected by school and childcare closings, and more likely to work the sorts of jobs that are most impacted by pandemic-related closures and layoffs.

The impacts of the pandemic on women are far-reaching, and we are only just starting to understand what the ultimate impacts will be. Here's what we know so far.

Women are on the front line of care work

The New York Times released a summary of the risks posed to women based on their social care-giving roles. As healthcare systems across the world are being pushed to their limit, women make up the majority of healthcare workers across the globe. "In China’s Hubei Province," the Times reports,  "where the current coronavirus outbreak originated, about 90 percent of health care workers are women. In the U.S., that number is around 78 percent."

Women make up nearly 70% of the global healthcare workforce, according to the same study. Specifically, women are more likely to be nurses. In the Americas, women make up 89% of all nurses.

Healthcare workers, and nurses in particular, are at a higher risk of transmitting the disease. Nurses are more likely than doctors (who are more likely to be men) to pick up the virus because of their greater proximity and contact with patients.

Women are also more likely to be providing unpaid caring labor for family members—both children and parents. According to the Family Caregiver Alliance, most seniors (the most at-risk population in the current coronavirus pandemic) with long-term care needs "rely exclusively on family and friends to provide assistance." Those caregiver are women 66% of the time. Even when men are caregivers to the elderly, women still tend to provide up to 50% more labor.

Women also live longer than men, meaning there are more female senior citizens at risk right now than there are male seniors.  Women live an average of five years longer than men, but, as Caroline Criado Perez writes in Invisible Women, "Those years are spent in ill health and disability." Most of these women are no longer married and live alone, elderly women are twice as likely as elderly men to be living in poverty.

Overall, we have a generation of older women be cared for both in the home and in healthcare systems by the next generations of women.

Women are at greater economic risk

While men are waxing poetic about writing the Great American Novel during their coronavirus self-isolation, women are bearing the brunt of the economic consequences in multiple ways. As 4W contributor Andreia Nobre wrote on Twitter, "I bet they didn't have to look after their kids at the same time they were writing, like me."

As schools shut down, women are the ones who get stuck looking after children. Women, of course, already do the majority of domestic labor across the world. Globally, according to Criado Perez, 61% of unpaid domestic labor is done by women. This is true even among high-performing women. Female scientists still do "54% of the cooking, cleaning and laundry in their households."

As schools are shutting down across the nation, including major US cities like New York City and Houston, women will continue to do the extra childcare labor required. Often, this means staying home from work. For single parents, 80% of whom are women in the United States, that leaves either no one to make income, or no one to watch the kids. Some companies across the world are reportedly cutting the wages of their female employees who can't come in due to school closures.

Some governments, like Japan, are stepping up to help working mothers. The Japanese government announced it will "pay businesses up to $80 per person per day if their employees take paid leave to take care of their children due to school closures." The United States, however, has still failed to act to protect parents despite lots of talk of passing economic stimulus bills.

Even when men are also working from home, women don't report receiving much help from them with the extra domestic care. As one woman said in an interview with The Guardian, “He’s great with helping with rides and getting the kids back and forth, but this is primarily going to fall on my shoulders.”

Women are also more likely to work in the jobs and industries most affected by coronavirus shut-downs. Women are over half of the hospitality industry, which has been one of the hardest hit by both mandatory and optional social distancing measures.

Women are more likely to be in hourly, part-time, and precarious work positions. This means that when their hours are cut (for example by a store closure), their paycheck gets cut, too. Female workers also tend to lack access to benefits like sick leave. 43% of women in the private sector did not have access to any sick days at their job. The number jumps to a whopping 82% among women making $8.25 or less per hour. These are the workers who are hurt most by mandatory quarantines, self-isolation, workplace closures, and getting sick themselves or having to care for a sick loved one.

According to The New York Times, men often find it easier to return to their earlier levels of work after a crisis passes. Women, on the other hand, are likely to face long-term setbacks while they try to dig themselves out of the whole the coronavirus crisis. This happened during the Ebola crisis. “Everybody’s income was affected by the Ebola outbreak in West Africa,” the Times reports, “men’s income returned to what they had made pre-outbreak faster than women’s income.” 80% of jobs that were created after the 2008 recession went to men.

As if none of that is enough, women are now facing hardship even feeding their children. Thanks to panic shoppers concerned about a future milk shortage, some shoppers in the UK report that it is near impossible for parents to find affordable baby formula as people are buying it to use as a powdered milk substitute in coffee and tea. This will, of course, also disproportionately affect women. Diapers are similarly missing from shelves, and women who couldn't afford to buy in bulk when the panic-buying started are having a hard time finding them.

While everyone is being told to stay home to stay safe during the coronavirus pandemic, as the Huffington Post reports, "home is not a safe place for everyone." Advocates are already expressing concern about what impact an increase in quarantine and social-distancing could have on victims of abuse.

According to the National Domestic Violence Hotline, COVID-19 is creating a perfect form for domestic violence to occur.

"When survivors are forced to stay in the home or in close proximity to their abuser more frequently," they said in a statement, "an abuser can use any tool to exert control over their victim, including a national health concern such as COVID-19. In a time where companies may be encouraging that their employees work remotely, and the CDC is encouraging “social distancing,” an abuser may take advantage of an already stressful situation to gain more control.

Workers on domestic violence hotlines are already reporting an increase of cases. In one situation, they report, "A health professional still living with their abuser called and said they were physically abused that night because their abuser was sure they were trying to infect them with COVID-19."

Activists in the quarantined quarters of China reported an uptick of cases during the height of isolation. One organization reported receiving over three times as many calls as usual during the days of the quarantine.

When families are stuck at home together, fathers are forced to deal with the day to day life of living with difficult children, and women have no place to escape to and no ability to visit friends or family, the situation is ripe for abuse. Even couples who don't have abuse in their relationship are finding it hard to be stuck at home together. Multiple women on podcasts and radio shows have called in to comment on how hard it is to be stuck at home with their husband. Sometimes, this frustration escalates.

Additionally, programs that serve survivors of abuse may be impacted since they involve many people living in close quarters.

Beyond quarantine, domestic violence is expected to increase as we head into a global recession. Instances of violence against women increase under times of financial stress. This finding has been replicated in countries including Greece, Canada, the United Kingdom, and the United States. Rates of domestic violence similarly jumped during the 2008 recession.

In Germany, where prostitution is legalized, women involved in the sex industry will not be compensated for lost wages like most other workers. The AP reports, "Unlike regular employees, most sex workers won’t benefit directly from the half-trillion-euro package of loans the German government is making available to companies facing ruin because of the coronavirus outbreak."

Sex trafficking increases globally during economic downtimes, according to USAID, because "more women and girls migrate away from their home communities in search of economic opportunities within their own countries or abroad. Unfamiliar with fair labor practices, many fall prey to human traffickers, who deceive them into situations of forced labor or commercial sexual exploitation."

Some injustices are likely to fly under the radar, like the rape trial of one young woman which was postponed when all grand jury proceedings in her area were shut down due to reported cases of COVID-19 at the courthouse. Rape cases are already likely to slip through the cracks. Only time will tell if she ever finds justice as the world moves on.

Others have anticipated a rise in unwanted pregnancy, as women are stuck in confined spaces with men, and accessing health care and birth control may becoming increasingly difficult. During the Ebola crisis of 2014-16 in west Africa, resources were diverted away from reproductive health programs to treat the outbreak. The result was a higher rate of maternal mortality during this time period. Republicans are taking advantage of the cover provided by COVID-19 to squeeze anti-abortion bills through state legislatures.

Girls also drop out of school at higher rates than boys during economic downturns, and have higher levels of infant mortality and starvation than boys.

It's hard to anticipate every single way in which women will be disproportionately impacted in this global crisis. The coronavirus pandemic is just highlighting existing inequities that already exist across class lines—both economic and sex classes. Poor women, immigrant women, women of color, mothers, lesbian and bisexual women, and women already disproportionately disadvantaged in society will be, as usual, those most hurt in the long-run by COVID-19. The need for sex-disaggregated data, as well as programs specifically targeting the needs of woman and girls globally during this time of crisis, is clear. 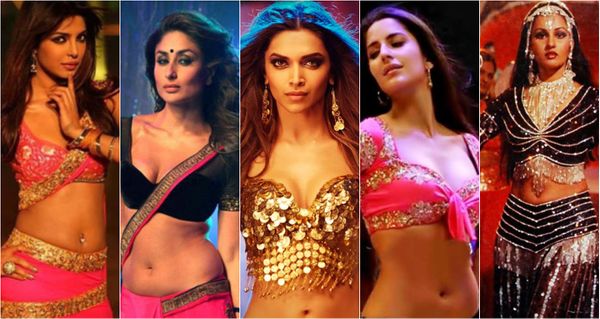 The year 1950 marked the beginning of India’s distinct artistic voice, free from the clutches of a 200-year colonial rule. Morale was high and there was a whiff of 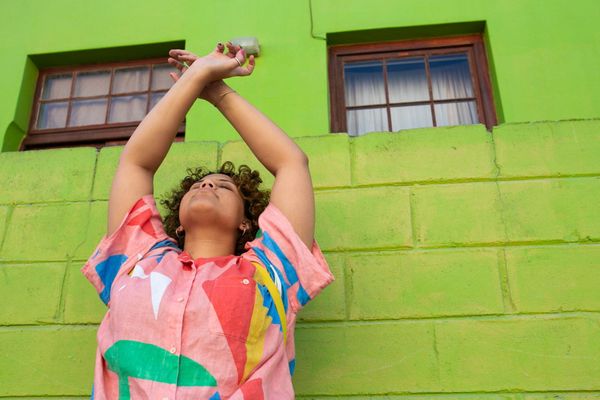 But that’s not the sum-total of what we are