A male science teacher at Frank Allis Elementary School, Madison Wisconsin, has publicly accused the Madison Metropolitan School District (MMSD) of transphobia. Vica Steel (formerly Mark Busenbark) identifies as both non-binary and a transgender woman, and asks students to use the title “Mx.” (pronounced like “mix”) rather than Mr. or Ms.

In an open letter to the school district published in Our Lives, an LGBT Madison newsletter, Steel claims that the MMSD leadership is enacting a “transphobic policy”:

“The policy our leadership is enacting is to require that staff and students use different bathrooms. I know, that doesn’t seem transphobic on the face of it. Our leadership wants to push the idea that it’s just a clarification of existing expectations. They want us to believe that it’s not transphobic, it’s just about safety and about “listening to all stakeholders”. And if that were true, this would not be a problem.”

Tim LeMonds, MMSD Public Information Officer, contradicted Steel’s claim that new a policy is being put in place. In an interview with 4W, LeMonds stated, “There is no district policy regarding adult staff using children’s bathrooms, so therefore there have been no policy changes. However, as a best practice the district does encourage adult staff to not use a children’s bathroom.”

LeMonds recognized that this best practice is “for safety purposes”, and clarified that adult staff members are given, “choice of which adult bathroom they use based on the gender with which they identify.”

Steel, however, denies that there is a safety risk associated with staff using the same bathroom as students.

“There has never been a case of a transgender woman endangering or attacking or doing anything in her time in the bathroom, except using it for peeing and adjusting make-up and doing what every other woman does.”

Although school district teachers must pass strict background checks, there have, in fact, been multiple cases of trans-identified male adults who have sexually preyed on girls in public bathrooms. It is unclear if Steel is unaware of these cases, or does not consider them “endangering or attacking”.

Steel’s open letter argues that since adult bathrooms are sparse in the old Allis Elementary school building, using an adult female bathroom would be an inconvenience. Steel would have to walk “halfway down our long hallways, and down to the first floor” to access an adult bathroom, and argues that all the female staff at Allis use children’s bathrooms without issue.

LeMonds agreed that Allis Elementary “has an aging building infrastructure”, and that “the availability of adult designated bathrooms can be very limited”. In these cases, LeMonds said, there is “some discretion” around this best practice.

When asked if MMSD recognizes the value of female-only spaces to protect the safety and dignity of girls, LeMonds shirked the question, stating:

“MMSD and all of its schools are committed to providing all students and staff with a safe, respectful, and welcoming learning environment. It is our belief that the safest schools are those that foster a culture and climate of support and respect.”

LeMonds said that Steel’s opinion that girls only use the bathroom “for peeing and adjusting make-up” represents “her personal experience as a transgender woman.”

Some confusion appears to be present around Steel’s identity, which seems to fluctuate based on the day. In 2019, Steel came out as “non-binary” to the entire student body via pre-recorded video. In the video, Steel reads from a book titled, “The Call Me Mix”, and states “I am not a boy. I am not just a girl. I am both!” Steel also requested the use of “they/them/their” pronouns.

More recently, however, Steel has stated “I am an open and out transgender woman.”

The change seems to come as Steel fights for access to the student bathroom. Since a non-binary person would presumably have no problem using either male or female adult restrooms, Steel appears to have narrowed the scope of their identity to make use of the bathroom located across from their classroom.

Parents of students at Allis Elementary have expressed disapproval of Steel’s coming out video, claiming that the school is pushing a religious orthodoxy on students without parental approval.

On February 18th, the Wisconsin Institute for Law and Liberty (WILL), a conservative law firm, filed a lawsuit against MMSD on behalf of eight parents who claim that the school district is violating their rights. The lawsuit is centered around the school’s “gender-affirming” policy for students:

“This action seeks to vindicate parents’ fundamental and constitutional right to direct the upbringing of their children. The Madison Metropolitan School District has violated this important right by adopting a policy designed to circumvent parental involvement in a pivotal decision affecting their children’s health and future.”

The suit specifically lists Steel’s coming out video as an example of the district’s harmful policies. It also outlines ways in the Madison schools are deceiving parents about their child’s health and upbringing, for example by using different names or pronouns in front of parents than they do in the classroom.

“Public schools have the responsibility to teach students how to become caring, inclusive, welcoming members of our communities. As a district, we will stand by our Trans* Guidance, and our superintendent’s unwavering commitment to support inclusive schools. We stay true to our commitment to our Welcoming Schools Program, where we believe that teaching about gender diversity is essential to creating gender-inclusive schools free of bias and bullying.” 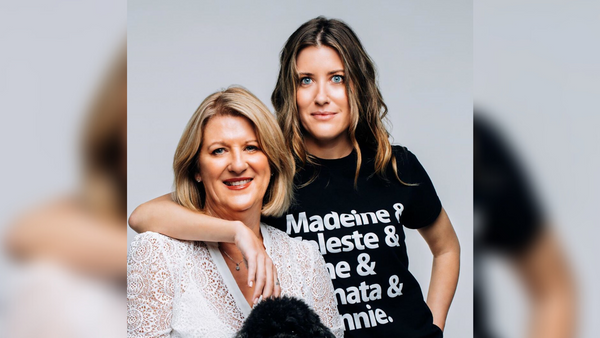 Men keep telling her to "shut up", but the female founder is having none of it 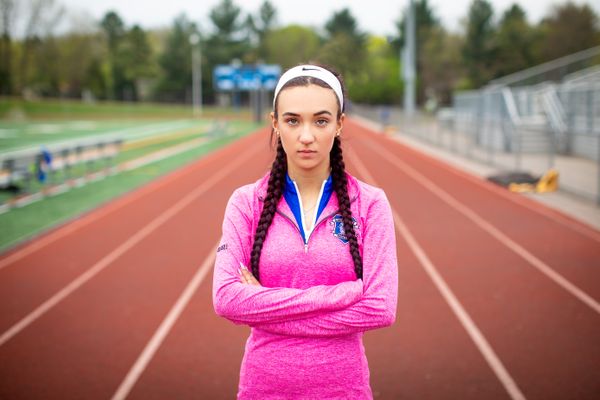 Together, they have been denied 85 opportunities for higher-level competition since biological boys joined their division.